The Block 2018 filming and construction is well and truly underway at The Gatwick Hotel in St Kilda.

The history of The Gatwick Hotel

Over the past few decades, the notorious Gatwick Hotel has been known for murder, drugs and even deaths. But as of a couple of months ago, it no longer operates as a grim, 66-room boarding house. Channel 9 purchased The Gatwick Hotel last year for 14th season of The Block. The hotel, formerly known as The Gatwick Private Hotel, sits half way down Fitzroy Street, in Melbourne’s bayside suburb of St Kilda. Prior to Channel 9’s purchase, the building was owned and run by two sisters, Yvette Kelly and Rose Banks. They had worked there since their mid-teenage years. The hotel was built as a modern, luxurious hotel in 1937. However, it soon became the home to many ex-criminals and drug addicts. 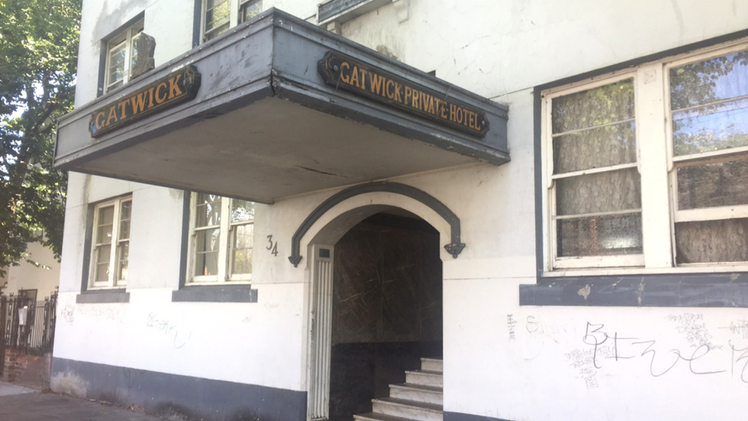 The Gatwick Hotel was rumoured to be purchased for $10 million by Channel 9. The transformation of The Gatwick will not only increase the value of the building, but will change the area for the better too.

Last year, Port Phillip Council approved plans for eight brand new apartments. The mix of The Gatwick’s heritage features, unusual history and prime location should see the apartment selling prices soar. According to The City of Port Phillip, the approved planning permit allows for the following:

Last year, we saw Josh and Elyse win the 2017 season of The Block at Elsternwick, selling their renovated property for $3.067 million, $447,000 over the reserve price. Increasing your property value before selling

If you’d like to increase the value of your property before selling, talking to a real estate agent is a good place to start. They’ll know current buyer trends. They’ll also be able to give you room-by-room advice on value-adding features. You can compare agents at LocalAgentFinder.com.au, including sales history, commissions and fees, homeowner reviews and more. You might also like: